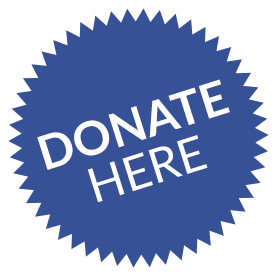 Since 2003 Tender has been using drama and the arts to create a generation of young people who can have happy, healthy relationships

In 2003 Tamsin Larby founded Tender, originally naming it “Until The Violence Stops”.

Tamsin had been producing “The Vagina Monologues,” a play written in 1994 by Eve Ensler.  Ensler realised that the play could be more than a work of art on violence but could be a mechanism for moving people to act to end violence.

She therefore set up V-Day, a global movement dedicated to generating broader attention and funds to stop violence against women and girls. Tamsin established Tender as a charity that could be the UK base for V-Day.  Having used theatre for social change for many years, Tamsin also wanted to develop Tender into an organisation that could work with young people to raise awareness of violence against women and girls through drama and education.

Tamsin had been working with Susie McDonald at the National Theatre and consulting for Susie who was piloting the first England-based Zero Tolerance young people’s domestic violence prevention programme.  Tamsin invited Susie to join the tiny Tender team to set up the schools Healthy Relationship Education Programme.  So in April 2004 the first 5 projects were piloted in Forest Hill Boys School, Phoenix High, Quintin Kynaston, Royal Docks Community School and Charles Edward Brooke. We worked with London Metropolitan University to evaluate our impact and the rest is history.

Young people’s voices are central to our work and development and Tender’s Youth Board are the dynamic driving force ensuring these views are heard. In return, we aim to offer our young volunteers exciting opportunities to develop their skills and experience in the arts and charity sector.

Tender has an active and well organised university placement and volunteer programme.

Since 2003, we have been developing and delivering work in London and in 2012 we began sharing our work across the country.

‘You can hear a little more about why she decided to get involved with Tender here.’